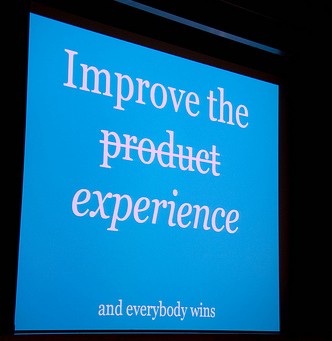 A major move by a leading brand solidifies the concept of the “consumerization” of corporate technology. After a significant investment, global leader in beauty products, Avon, is pulling the plug on an SAP-based order management system, according to a WSJ report last week.

Empowerment of their female direct sales army is a centerpiece of the Avon brand. After a test launch that yielded less than stellar field response, Avon realized the solution doesn’t meet the needs of their team, and it disrupts the empowerment that is core to their values and success.

In their October earnings call Avon’s CEO Sherilyn McCoy noted that, “While the SMT pilot technology platform worked well, the degree of impact of change in the daily processes to the representative was significant. This resulted in a steep drop in the active representatives account…The nature of direct selling where our 6 million representatives are independent entrepreneurs is one of personal relationships and connections.”

Thanks to the intuitive user experiences (Apple products, Facebook, Google) embedded in people’s lives, usability is now an imperative part of functionality for software.

As this philosophy has been a driver of Fision’s values, we’re relieved to see the expectation for a positive user experience growing in business operations. Technology has extended its role as an essential part of everyday operations for all employees, company-wide.

Part of the “consumerization” of technology is customization to users. With the varying technological experience and objectives across a company vertically and horizontally, every user type needs to be considered and the software needs to be tailored to their needs.

The strength of today’s leading software companies lies “under the hood” where design meets development, and logic driven by business rules and user permissions is developed to provide an intuitive user experience.

Cheers to the end user.